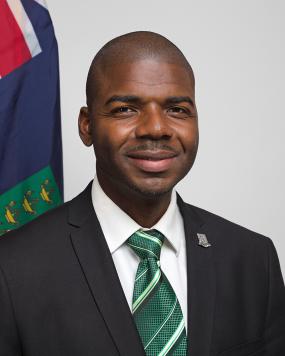 Premier and Minister of Finance Dr. the Honourable Natalio D. Wheatley has welcomed assistance from the United Kingdom (UK) and Caribbean region in in building the Virgin Islands into a model democracy.

Premier Wheatley addressed the Committee of 24 (C-24) at the United Nations (UN) June 13 and stated his Government of National Unity is committed to changing the way the people’s business is handled in this new era of democratic governance.

“Our goal is to transform the British Virgin Islands into a model democracy that has better systems, better processes, better delivery of public services, upgraded infrastructure and an economy that delivers for all,” the Premier said.

Premier Wheatley added, “We are very pleased that we have the support of our international and regional partners for this noble endeavour. We are grateful for all the support, as well as the pledges of technical assistance, from CARICOM, the OECS, the Caribbean Territories, the University of the West Indies and the UK. This outpouring is very fitting because we are all a part of the Commonwealth family and must continue to support each other in building strong democracies at a time when we see that freedom is blatantly under attack.”

The Premier said the Territory’s Government and people are taking responsibility for reform and change, which is a sign of political maturity.

“We are under no illusions in the British Virgin Islands that change will be easy. However, my political colleagues and I firmly believe that reform will strengthen governance and make us more self-determined as a Territory, because as a people we are taking responsibility for improving and fixing our institutions and systems of Government. This is a sign of greater political maturity,” he stated.

Premier Wheatley also thanked the UN for its ongoing support to the Virgin Islands and gave an update on the Territory’s transition out of the COVID-19 pandemic.

The C-24 is currently holding its June substantive session at United Nations Headquarters in New York from June13 to 24.

NOTES TO EDITOR(S): Photograph is attached.