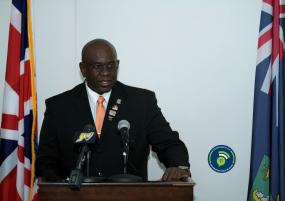 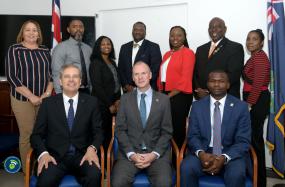 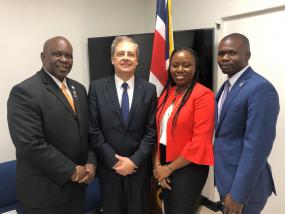 Repairs to nine community centres across the Territory have been placed high on the agenda of the Ministry of Health and Social Development.

Minister for Health and Social Development Honourable Carvin Malone conveyed this in his remarks at the launch of the Emergency Shelter Repair Project on October 29.

Minister Malone explained the significant role of community centres and the importance of the project saying, “They do not only offer a place of shelter during natural disasters such as hurricanes; they also house important activities for our seniors, children, young people and civil society organisations.”

The Emergency Shelter Repair Project is expected to repair ten select community centres throughout the Territory with funding by the European Commission restoring them in line with the Pan American Health Organization (PAHO) SMART Standards.

The Health Minister said PAHO is also the key implementing partner for the ongoing Mental Health and Psychosocial Support in Emergencies project being funded through a loan from the Caribbean Development Bank.

“We are therefore extremely delighted that PAHO has accepted the responsibility of managing the implementation of this project on behalf of the Government of the Virgin Islands, and we look forward to another successful collaboration,” Honourable Malone added.

Repairs done  under the project are expected to strengthen, expand and upgrade several of identified facilities that will improve resiliency and allow the British Virgin Islands to provide better protection for people who seek shelter from storms and other hazards in the future.

The Emergency Shelter Repair Project is among several projects being undertaken with support from PAHO. Other initiatives include the restoration works done on the Adina Donovan and the Virgin Gorda Elderly homes, the purchase of new vehicles for the Environmental Health Division and medical consumables specifically for hospitals, clinics, elderly homes and pharmaceuticals.

Photo Caption 2 of 3: Officials at the Launch of the Emergency Shelter Repair Project on October 29, 2019. (Photo Credit: Franklyn Skerritt/GIS)