Nine Emergency Shelters To Be Repaired To SMART STANDARDS 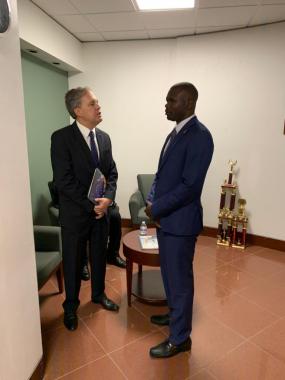 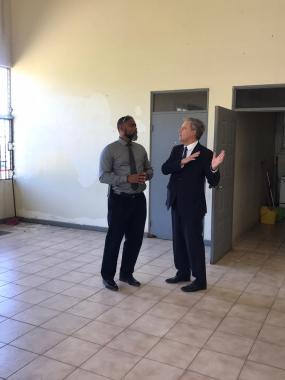 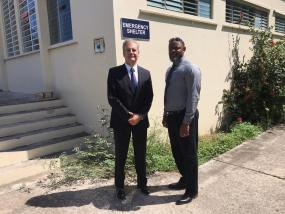 Nine Emergency Shelters in the Virgin Islands will be repaired to SMART standards to ensure resiliency for future weather events.

Acting Premier of the Virgin Islands, Honourable Kye Rymer addressed the launch of the project on October 29 and stated that a grant of 2 Million Euros has been given by the European Union to assist the Government of the Virgin Islands to assist with the rehabilitation of damaged emergency shelters across the Territory.

Honourable Rymer said, “The funding will also provide emergency relief supplies for these shelters, training for the public and private sector in resilient, safe and green (Smart) building strategies and standards and training in shelter management inclusive of psycho-social care.”

The Acting Premier explained that there is also a component that builds capacity for the public service and private sector in terms of training for shelter managers which expands the pool of individuals that can be called up for future events.

He added that the project will also provide psycho social care to residents in the event of future disasters. “This is an area that we are still grappling with even today some two years later after the 2017 storms,” he said.

The 2 Million Euros will be provided by the EU for the repairs while PAHO will provide technical oversight for the implementation of this project and financial contribution by covering salaries for its technical staff assigned to assist with the project’s implementation.

The Acting Premier said that this project is a signal that “recovery is not at a standstill, not on pause, but on the move.”

The European Union is a development partner with the Government of the Virgin Islands.