Territory Records Birth Of Its First Baby Of 2019 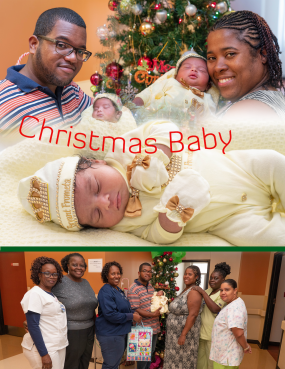 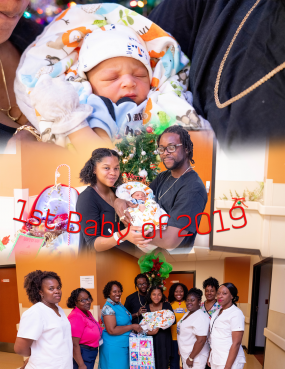 Officials from the BVI Health Services Authority have reported that the first baby of 2019 was born in the early morning hours of January 2 to Ms. Shianne Kuntz.

Montae Warner was born shortly after 1:00 a.m. and weighed 6 pounds 8 ounces.  His excited mother said that she was amazed to have the first baby of the year because her due date was not until January 9.  “Everything happened so fast. It was unexpected,” she said.  “I am excited and waiting to see what the future has in store,” the new mother added.

Meanwhile, Ms. Mabel Neddall and Mr. Bryan Frometa are the proud parents of the ‘Christmas baby’ born shortly after noon on December 25. Bryant Alexius Frometa weighed in at 8 pounds 6 ounces.

Ms. Neddall said through the excitement of her baby’s anticipated birth, she forgot that it was Christmas. “We feel so happy,” she said.  The baby’s father Mr. Bryan Frometa said that he was really excited and happy about the birth of his son and he looks forward to a future with him.

Director of Nursing Services, Mrs. Gretchen Hodge-Penn said January 1 brings the promise of a new year and new beginnings.  She said the first baby born January 2 at Peebles Hospital is a new beginning for the new mother that brings a whole new realm of possibilities for his future.

Mrs. Hodge-Penn added, “The birth of our holiday babies is something that we look forward to every year. We celebrate the birth of Jesus Christ on Christmas.  He was the gift to the world. Having a healthy baby was the best gift these parents received.”

The director further added that it is customary for the organisation to give gifts to the family of Christmas and New Year babies. “We create a gift basket for the baby with items they can use. The parents are always surprised and appreciative. On behalf of the BVI Health Services Authority we would like to extend blessings for many years of good health, love and happiness to the families of these precious children.”