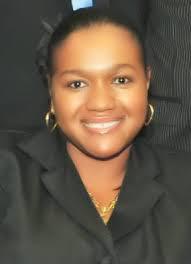 Mrs. Tiffany Scatliffe-Esprit has been appointed as the next Director of Public Prosecutions in the British Virgin Islands.

The appointment was made by His Excellency the Governor, Mr. Augustus J.U. Jaspert in accordance with section 95 of the Virgin Islands Constitution, and acting in accordance with the advice of the Judicial and Legal Services Commission. Her appointment took effect on May 5 and she is the first local to hold the position of DPP in the Territory.

In this capacity, Mrs. Esprit will institute and undertake criminal proceedings against any person before any civil court in respect of any offence against any law in force in the Territory. Additionally, she will provide written legal advice to Commissions, Government ministries and departments, as well as attend meetings to provide immediate oral advice on legal matters as required to provide timely professional information.

The Director of Public Prosecutions will also liaise with the Governor, Commissioner of Police and other institutions on criminal matters, and manage all Summary Court, High Court, Court of Appeal and Privy Council matters.

Mrs. Esprit was called to the Bar of England and Wales in 2005 and the Bar in the Virgin Islands in 2006. She was inducted into the Chartered Institute of Arbitrators in 2015 and received her Master of Law from the University of Liverpool 2017. She received a Diploma in Human Resources Management, Professional Certificate in Human Resources Management and Diploma in Workforce Management and Development from Michigan State University in April 2019.

She previously served as Principal Crown Counsel in the Office of the Director of Prosecutions before her Acting appointment as Director of Public Prosecutions following the resignation of former DPP, Ms. Kim Hollis, QC in 2019.