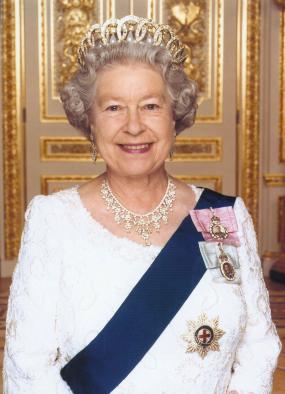 Today, February 23, marks the 50th anniversary of Her Majesty Queen Elizabeth II’s first visit to the Virgin Islands. Her Majesty was accompanied by her husband, His Royal Highness Prince Philip, Duke of Edinburgh.

To recognise the occasion, an educational display is presently mounted at the Virgin Islands Public Library in Road Town which depicts the timetable and sequence of activities Her Majesty engaged in during her first visit on February 23, 1966.

At the official ceremony to welcome The Queen, the Administrator of the Territory, His Honour Mr. Martin Samuel Staveley presented Her Majesty with a gift, a Virgin Islands sloop made by Captain Ira Smith. Subsequently, Her Majesty visited the Territory in 1977.

This year also marks the 90th Birthday of Her Majesty Queen Elizabeth II which will be observed in the Territory on Thursday, April 21.

To commemorate the occasion, Buckingham Palace approved the request from His Excellency the Governor Mr. John S. Duncan, OBE, with the agreement of Cabinet to mark this historic event on the actual date of Her Majesty’s 90th Birthday, April 21.

Her Majesty Queen Elizabeth II became the longest reigning monarch In September 2015. The Queen is Head of State of the United Kingdom and 15 other Commonwealth realms.