Victims Of Crimes Reminded Of Procedure To Discontinue Matters 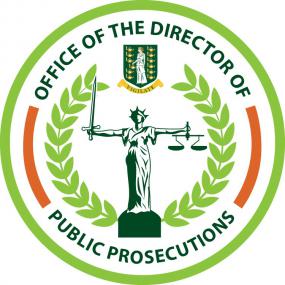 The Office of the Director of Public Prosecutions is reminding the public of its stance on victims of crimes seeking to discontinue matters before the Court.

Director of Public Prosecutions, Mrs. Tiffany Scatliffe-Esprit said that there have been a number of instances where a victim of a crime has sent correspondence to her office asking for their matter to be discontinued or informing investigating officers of such.

Mrs. Scatliffe-Esprit said that only the Director of Public Prosecutions can discontinue proceedings.

“Even if a victim no longer wishes to proceed with a matter, it does not mean that the matter will be automatically discontinued,” she said.

Mrs. Scatliffe-Esprit acknowledged that discontinuing a matter is a serious decision and the public’s interest, seriousness and nature of the offence, as well as other factors of the law have to be considered before such a decision is taken.

The DPP said that should a victim not wish to proceed with their matter, they would have to give a statement to the Police explaining why they no longer wish to continue and the decision to not proceed is of their own volition.

The statement, she said, would be submitted for consideration, and based on the circumstance and nature of the case, the victim may have to attend Court and state on oath that they no longer wish to proceed.

Cases involving harm to children, domestic violence, serious assaults, sexual offences, and offences against the pursuit of justice will not be discontinued on the sole basis that a virtual complainant does not wish to proceed.