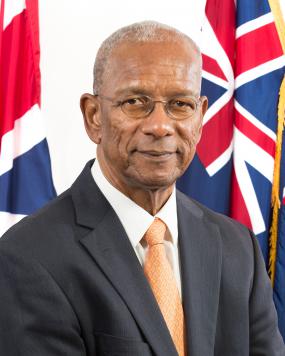 Premier, Dr. the Honourable D. Orlando Smith, OBE has today announced that the Government is preparing its submission to the UK Parliamentary Foreign Affairs Select Committee Inquiry on the future of the UK’s Overseas Territories (OTs).

Announced on July 20, the Inquiry will consider the resilience of the OTs, how effectively the FCO manages its responsibilities towards them, and how it envisages their future. It has also highlighted specific areas it will address.  These are:

"This is an important initiative by the Foreign Affairs Select Committee. We have always valued our relationship with the UK Government, Parliament and people, none more so than last year when so much help and support was forthcoming from all levels of British society post-Irma.  The UK’s 2012 White Paper spoke about the "new partnership - the new way forward" for the UK OT relationship.

However, recent developments have created a sense of unease and caused many in the Virgin Islands to question the attitude of the UK Parliament towards the BVI and indeed all the Overseas Territories.

The Inquiry gives us the opportunity to present our perspective. Among other things, we will seek to ensure that the Committee understands our position on the recent threat of an Order in Council and why this has the potential to have such an adverse impact on the partnership between us.

As the Committee Chairman pointed out, the UK’s place in the world is changing.  I believe that the BVI can have a positive role to play as it adapts.  The Capital Economics Report estimated that BVI domiciled business and finance activity generates roughly £3bn per year in tax revenue for the UK and supports 150,000 jobs in that country.  We hope therefore that our partnership will only continue to positively develop to the benefit of all our communities."

Any individual or organisation within the British Virgin Islands can make a written submission directly to the Committee. My Government has already commenced work on responding to inquiry and any member of community is invited to also make their submission to my office. The advisory guidance for Select Committee written evidence is ideally no more than 3,000 words. The Committee may also call for witnesses to appear in person.  While no decisions on this have yet been taken for this Inquiry, the Committee has been informed that the Leaders of the Overseas Territories will be in the UK for the annual Joint Ministerial Council at the beginning of December.

There is a House of Commons Select Committee for each government department, examining three (3) aspects: spending, policies and administration. These departmental committees have a minimum of 11 members, elected by their fellow Members of Parliament, who decide upon the line of inquiry and then gather written and oral evidence. Once a Committee has published its findings, the Government then usually has 60 days to respond to the Committee's recommendations.