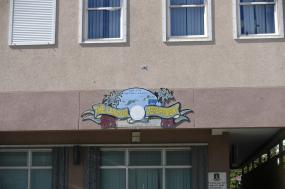 Deputy Premier and Minister for Natural Resources and Labour, Dr. the Honourable Kedrick D. Pickering, has said that the Labour Department will continue to ensure that the supply of labour is adequate with the level of development in all sectors of the economy.

Honourable Pickering was at the time reporting at the last sitting of the House of Assembly on the successes of the Department of Labour’s recovery efforts following the 2017 disasters.

The Minister said the department was assisted by the Foreign and Commonwealth Office with the hiring of a consultant to examine labour market issues that came about as a result of the hurricanes. He said the consultant was asked to identify specific regulatory measures that will help to improve the functionality of the department.

Honourable Pickering stated, “He identified a number of issues as the current Labour Code does not work in a modern BVI and needs to be modified moving forward. For example, the Labour Code, 2010 does not outline the steps to be taken during natural disasters such as hurricanes, earthquakes, tsunamis, and floods. Additionally, it does not make provision for flexibility within the labour market, i.e. enabling employees to work for another employer when their primary employer suffers temporary or permanent shutdown.”

Honourable Pickering also stated that shortly after the hurricanes of last September, a ‘Skilled Workers Programme’ was created to ensure that the necessary labour entered the Territory in a timely manner. Through this programme, 1,710 skilled workers, the majority of which are in the construction industry, were able to enter the Territory.

In addressing the Speaker of the House of Assembly, Minister Pickering said, “This policy ran in tandem with a partial assessment of the labour market which required businesses to submit information to the Department of Labour on the status of their businesses and staff changes.”

The Labour Minister added that the department collaborated with the Ministry of Education and the H. Lavity Stoutt Community College to provide opportunities for unemployed or underemployed persons to become part of the skilled labour force by encouraging persons to register for courses in the construction and marine industries on Tortola and Virgin Gorda as a means of assisting in the Territory’s recovery efforts.

Honourable Pickering further outlined that provisions are also being made for senior executives’ work permits to be processed at the ministry with a view to a quicker turnaround as well as doing away with the need to physically visit the Ministry, especially during the renewal process.

The Ministry and Department of Labour will continue to do its part as the work continues to rebuild smarter, greener and better!