Premier Fahie To Address Broad Issues Of Immigration And Labour 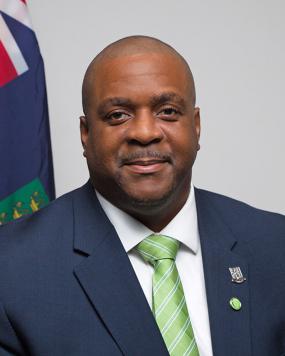 Premier Fahie is expected to give a broad outline of his government’s road map for a comprehensive Immigration and Labour reform, a journey which has begun with the current discussion on regularisation.

Premier Fahie is expected to announce adjustments to the approach after the recent consultations, but he is also expected to emphasise that seeking to do nothing about the difficult issue is not a realistic option.

“While all previous governments sidestepped this difficult issue, to, may I say, the detriment of all BVIslanders; this government has taken the bold step of allowing every Virgin Islander to now shape the new proposed immigration policies and laws,” Premier Fahie is expected to say in his address.

“This first stage of this reform process is not a case of allowing people to over-run us, as some critics have claimed,” he is expected to further state in the 10-minute address.

The Premier is expected to make the argument that total inaction will further complicate the issue in the longer term.

“This current challenge is an issue that has been studied, dissected, analysed, researched, consulted on and recommendations made on policy, law, process, governance and so on, for many years.  However, the issue continues to plague the BVI because we have not addressed the heart of the matter,” an initial draft of a segment of the address states.

Premier Fahie is expected to also declare later: “Now is the time for all of us to take individual responsibility, get on board the boat ‘BVI Unity’ and cross the vast ocean of our Immigration and Labour issues.”

Explaining the urgency of now, he is also expected to state: “We must do this now before we get too deep into the current round of migration being dictated by our recovery and economic substance circumstances.”

The address will be streamed live on the government’s official Facebook page(@BVIGovernment) and will also be aired on local CBN TV (Channel 101) as well as ZBVI Radio (780AM).